Item
10213
Price $4,000.00
Members $3,600.00
Overview
Title: Ape Contemplating Wandering Jew (1999)
Izhar Patkin's Ape Contemplating Wandering Jew (1999) is an individually stenciled Kromekote paper collage from a limited edition of unique works produced by the artist exclusively for the Jewish Museum. This piece is based on the artist's larger body of work, Judenporzellan (1998-2002). Patkin's images evoke porcelain figurines and refer to a discriminatory eighteenth-century law passed by King Frederick II of Prussia, which forced Jews to buy low-quality porcelain from his failing Berlin factory. The collage technique used by the artist involves cutting, folding, and weaving stenciled paper.
Izhar Patkin, an internationally celebrated artist, was born in Israel in 1955. He has lived in the United States since 1977, first coming to prominence in the mid-1980s with his iconic The Black Paintings, an inventive visual adaptation of Jean Genet's play The Blacks: A Clown Show. Patkin's work has been collected in depth by prestigious institutions around the world, including the Solomon R. Guggenheim Museum and the Museum of Modern Art in New York; the Open Museum, Tefen; the Los Angeles County Museum of Art and the Museum of Contemporary Art, Los Angeles; and many other venues.
In 2012 Patkin showed The Messiah's glAss at the Jewish Museum. In 2014 MASS MoCA exhibited a survey of his thirty-year career, which included his Judenporzellan work.
37-1/2 x 29-1/4 inches
Hand-stenciled Kromekote paper collage
Edition of 50, each unique
Each work is signed and numbered by the artist
Commissioned by the Jewish Museum 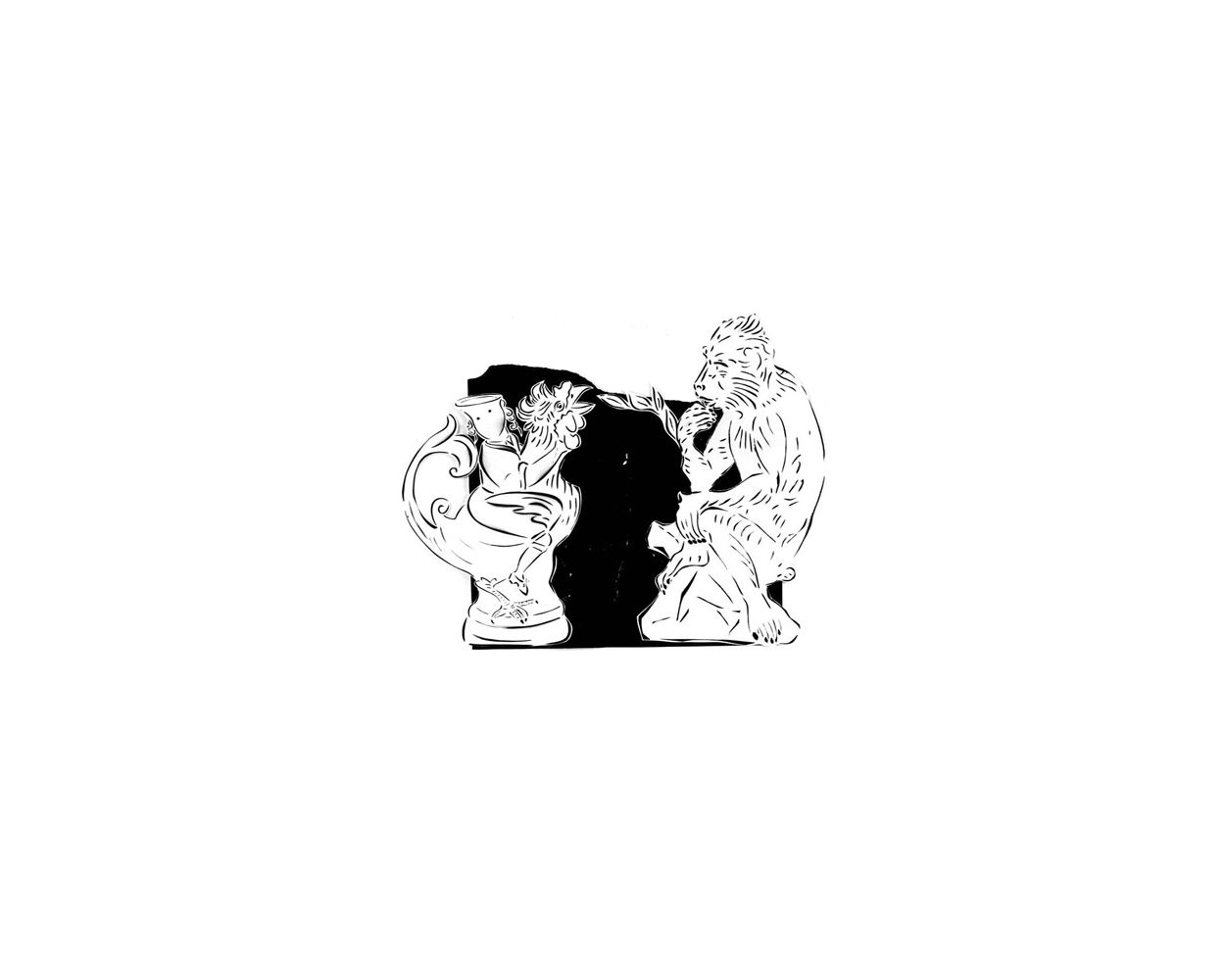