Item
33972
Price $300.00
Members $270.00
Optional Add-On Items
Overview
This mezuzah is part of a series from Mi Polin titled "Mezuzah from this house." Before World War II, Poland had 3.5 million Jewish inhabitants as well a few million mezuzot. Almost all of the Jews and their mezuzot perished during the war, with only traces and empty holes remaining today in the place of mezuzahs. "Mezuzah from this house" is a bronze cast of what is left behind and commemorates the Jewish lives of pre-war Poland. Each mezuzah has an engraved letter Shin and the address where the trace was found on the side. After sitting untouched for many years, these mezuzot can now fulfill their holy function again.
The story behind this mezuzah:
The tenement was built by Menachem Rothlevi in 1914. There were apartments, shops and businesses, including a bakery, a sewing school for girls, a bucher's shop, and a hairdresser. In the 1930s all of the residents were Jewish. When Menachem Rothlevi died, the building was purchased by Shlama and Fajga Szymanowicz, manufacturers of Christmas decorations. In 1940, the building was sold to Konstanty Waleruk. When World War II ended, a decree from Boleslaw Beirut (the Polish Communist leader and hard-line Stalinist who became President of Poland) denied Waleruk's ownership and the building was nationalized, resulting in years of neglect and disrepair. 100 years later, it is getting a new life and is being restored to its original architectural grandeur by the Magmillon Company. The former tenement will be teeming with life again.
To see how the Mi Polin team discovers mezuzah traces throughout Poland, watch this video clip.
Kosher mezuzah scroll sold separately.
Cast bronze
3-3/4"l x 1/2"w 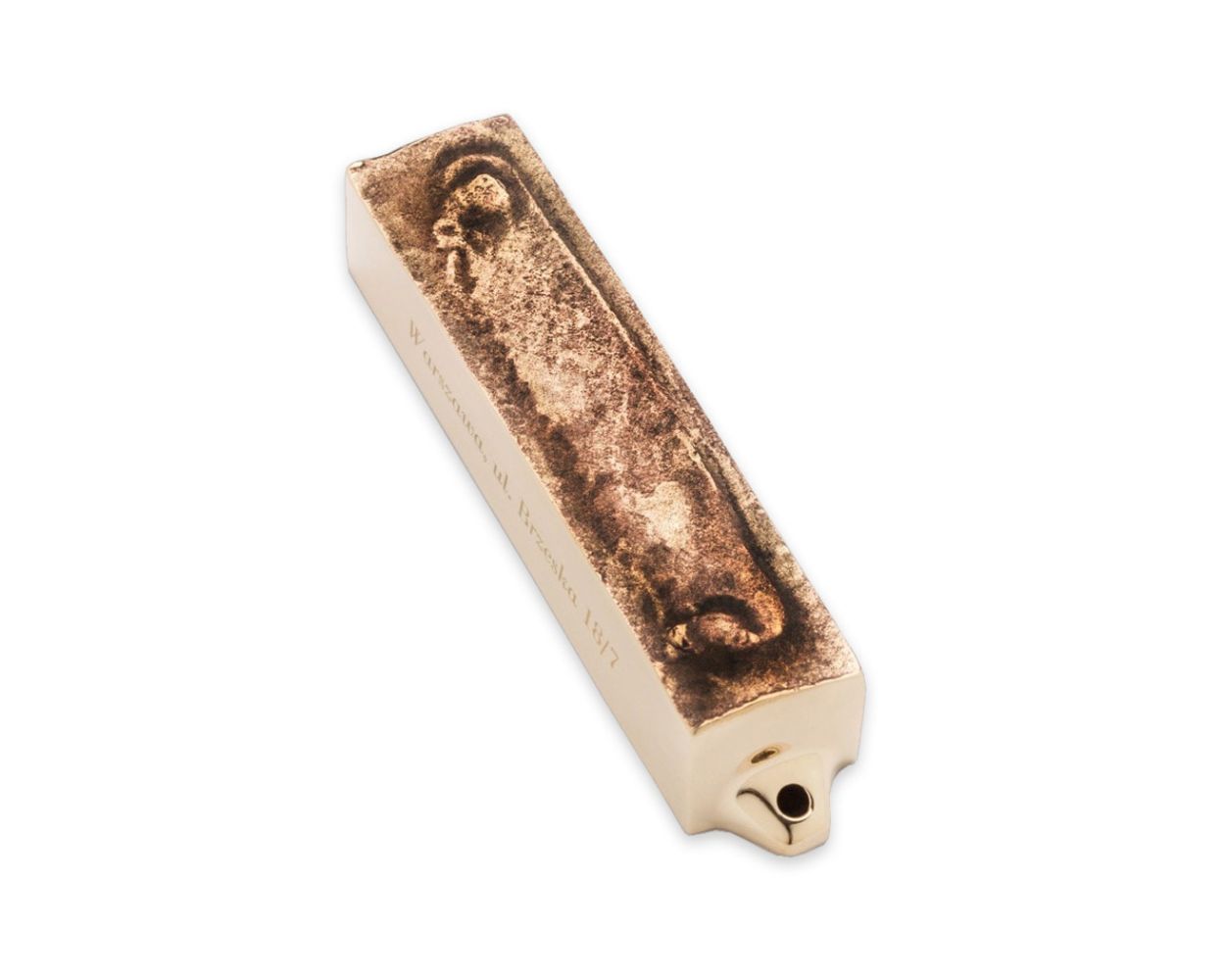