Self-Portrait (1961-1962) is a key example of Marisol's unique, often darkly satirical form of eclectic pop. A large rectangular block of wood forms the body shared by seven strikingly different carved heads. Although the work is identified as a self-portrait, only three of the heads present a likeness of the artist, incorporating recognizable fragments of casts of her face. The faces are highlighted by diverse expressions, different degrees of realism and caricature, and a variety of hairstyles as well as hats. Two breasts and six bare legs protrude from the body. Strangely it includes only two arms, which are drawn rather than sculpted, one on the far left, which extends from below, and another in the middle, coming from above. Anatomically this work is an impossibility, and it highlights an absurd and quasi-comical collective social body, relating both to the artist herself and to women in consumer society. As is characteristic of Marisol's work, the personal and the collective come together to provide an ironic social commentary.

Marisol (1930-2016) or Marisol Escobar, was a Venezuelan-American sculptor born in Paris, who lived and worked in New York City. Marisol was one of the most prominent artists of her generation, whose innovative work helped define the 1960s.

New York: 1962-1964 explores a pivotal three-year period in the history of art and culture in New York City, examining how artists living and working in New York responded to their rapidly changing world, through more than 150 works of art—all made or seen in New York between 1962-1964. This exhibition is on view at the Jewish Museum July 22, 2022 - January 8, 2023. 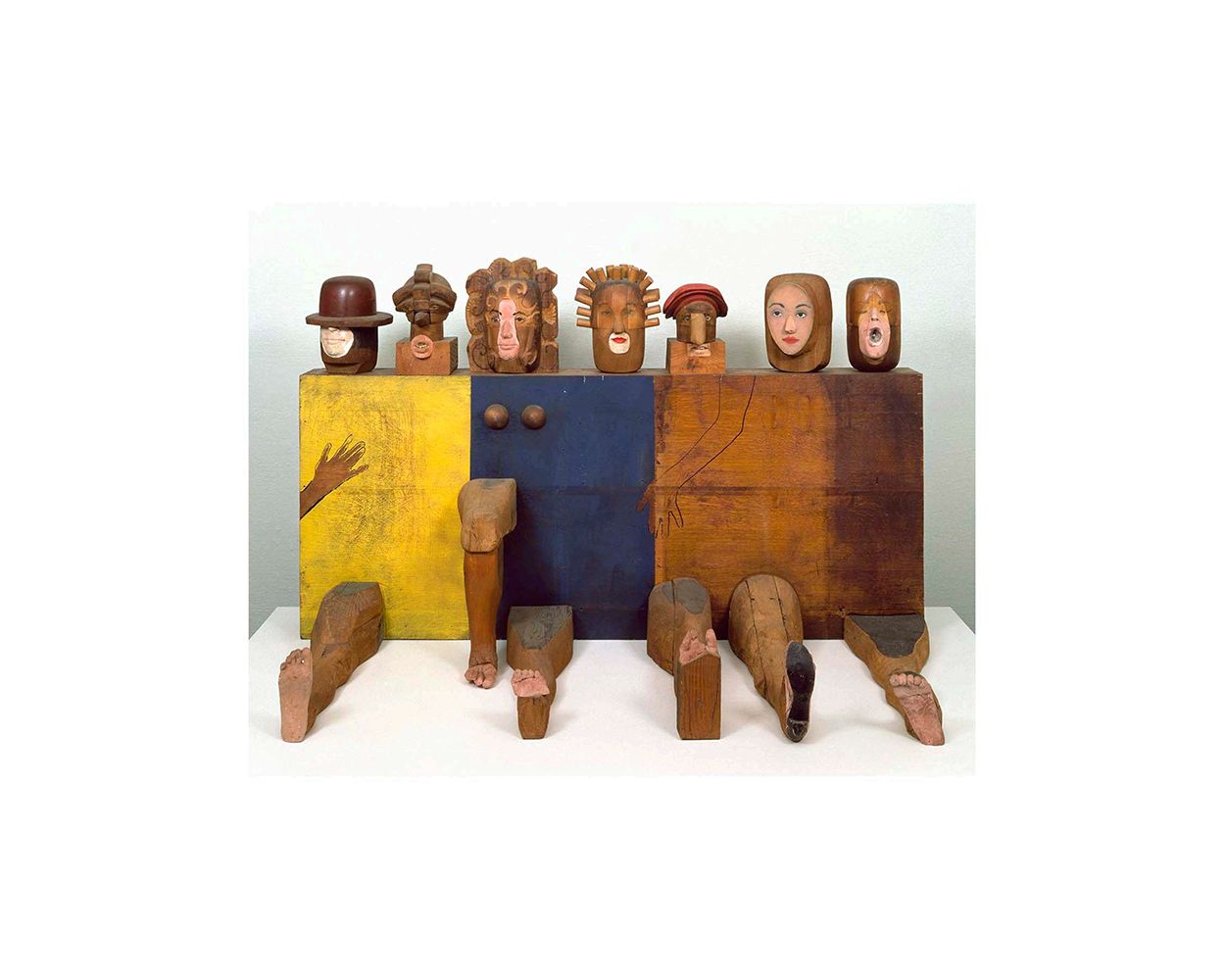