This deck of playing cards is a reproduction of one first produced c.1920 in Jerusalem by Ze'ev Raban, a founder of the Bezalel Academy.  An iconic figure in Israeli art known for his evocative portrayals of biblical and Zionist themes, his work as an illustrator, designer, and painter created a visual lexicon for modern Jewish art.

In the deck, Raban features Jewish figures for the royalty cards such as King David, King Saul, Queen Esther, and Judith.  He reimagines the suits as pomegranates, stars of David, menorahs, and fig leaves.

About the original playing cards in the collection: 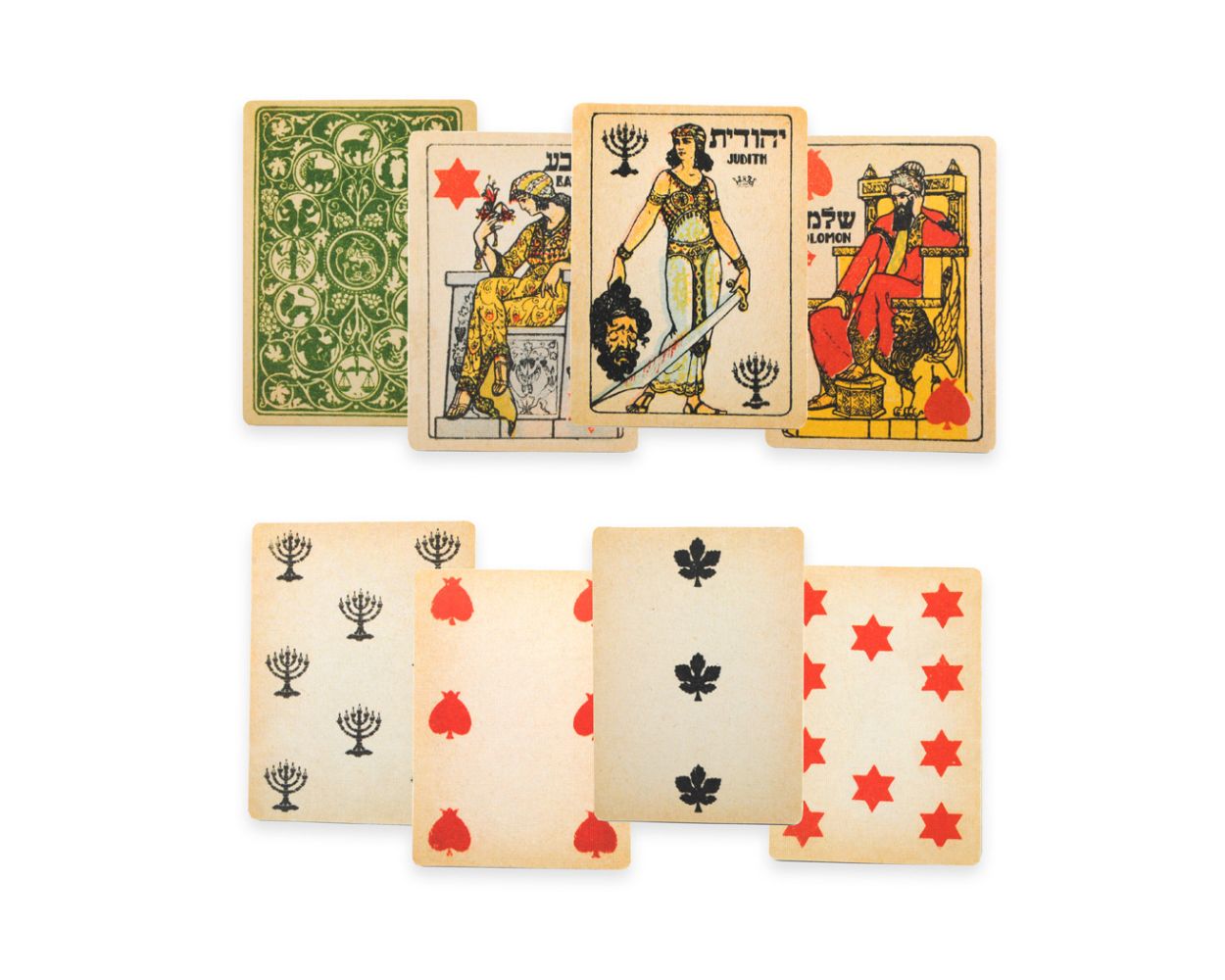