Item
103713
Price $800.00
Members $720.00
Optional Add-On Items
Overview
This kiddush cup is a reproduction of an original kiddush cup in the Jewish Museum’s collection designed by Ludwig Yehuda Wolpert (1900-1981). Handcrafted exclusively for the Jewish Museum by Topázio in Portugal, each is produced in fine sterling silver with a subtle hammered exterior finish and gold washed interior with slight variation from the original design due to the production process.
Ludwig Wolpert was a pioneer in the reinvention of Judaica, blending ceremonial traditions with Modernist design. Trained by Bauhaus silversmiths in 1930s Germany, he created Jewish ceremonial objects that exhibit the influence of abstraction and the refined attention to surfaces and materials of the midcentury. Wolpert was the head of the Jewish Museum's Tobe Pascher Workshop, which was established in 1956, until his death in 1981. While there, he defined the Workshop's approach to Judaica through a style defined by values of modern functionalism, unique use of Hebrew lettering, and designs with smooth surfaces, geometric & simplistic designs, and a lack of ornamentation.
About the Original:
Kiddush Cup
Ludwig Yehuda Wolpert (American, b. Germany, 1900-1981)
German, 1931
Silver: parcel-gilt 3 5/8 × 2 7/8 in. (9.2 × 7.3 cm)
The Jewish Museum, New York
Purchase: Jack and Helen Cytryn Fund, 2017-42
Sterling Silver with goldwash interior
3 5/8" × 2 7/8" 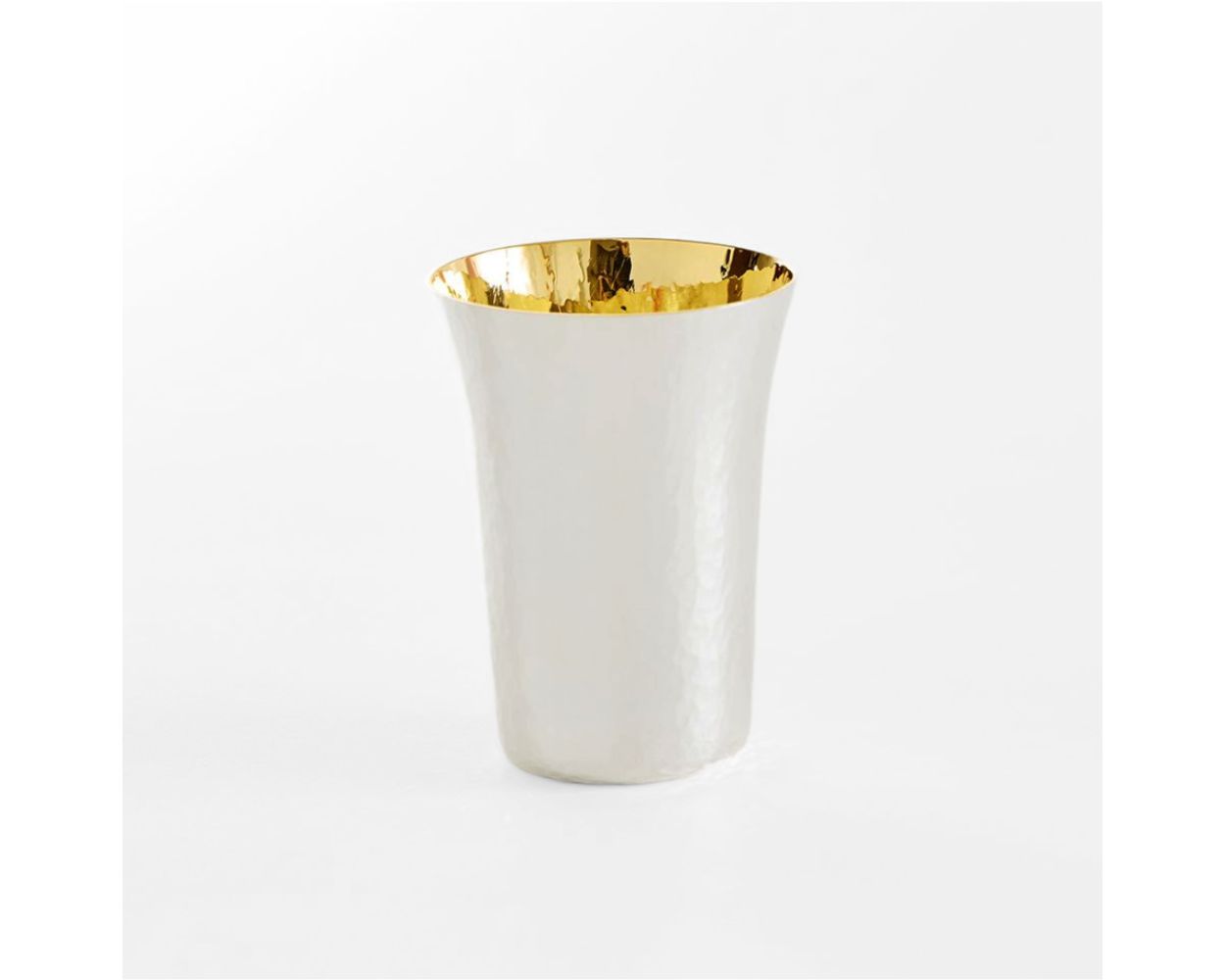