Why Jews Do That: Or 30 Questions Your Rabbi Never Answered

Item
102643
Price $24.00
Members $21.60
Overview
by Avram Mlotek (Author), Faby Rodriguez (Illustrator), Jenny Young (Illustrator)
When the subject of religion comes up, people often get very shy and are worried about offending. Now, if there was only a book that covered all the nooks and crannies of a religion, written in an easily digestible way... Well, now there is! Written by Rabbi Avram Mlotek, Why Jews Do That is a terrific look into the Jewish religion, answering all the tough questions you've been afraid to ask. But this isn't just for the Jews among us. Just because you're Catholic, Muslim, Hindu, Buddhist, or the like, doesn't mean you cannot enjoy an inside look to find out if Jews believe in Jesus, what kosher really is, and how we keep our yarmulkes secured to our heads. So have no fear, as Jews are here to help!
Some of the tough questions answered by Rabbi Mlotek include:
- What's with Jews and candles?
- Do Jews have confession like Catholics?
- Why are Jews obsessed with food?
- Is sex kosher?  What about marijuana?
- And much more!
Why Jews Do That is your one-stop shop for answers to all the questions you wanted to know, but were too shy to ask. So whether you're a devout follower, a casual observer, someone marrying into the faith, or just interested in buffing up your Bible knowledge, Rabbi Mlotek will guide you through the challah, mitzvahs, and shiksas that make Jewish life so...lively.
Hardcover
112 pages 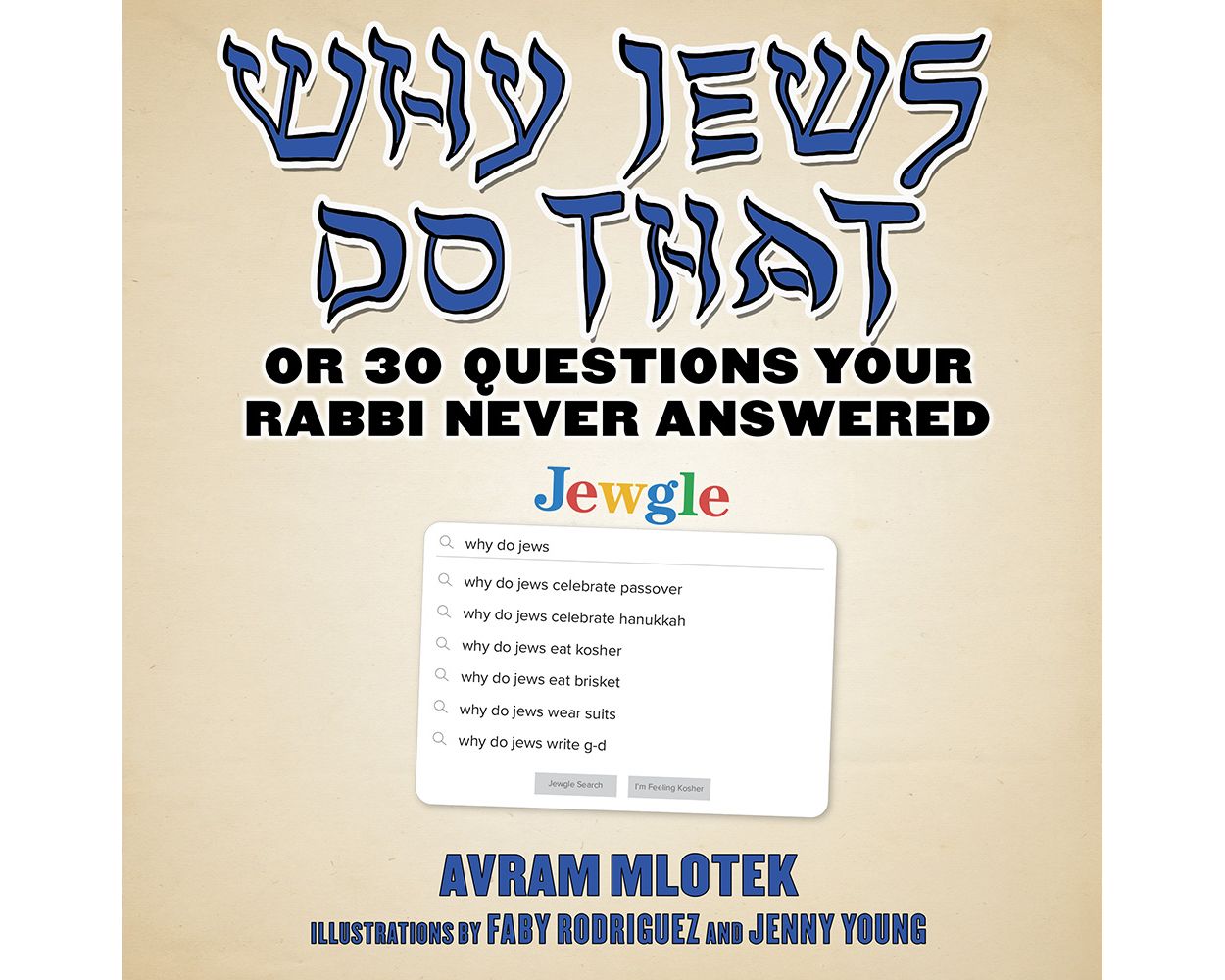