Item
33560
Price $300.00
Members $270.00
Optional Add-On Items
Overview
This mezuzah is part of a new series from Mi Polin titled "Mezuzah from this house." Before World War II, Poland had 3.5 million Jewish inhabitants as well a few million mezuzot. Almost all of the Jews and their mezuzot perished during the war, with only traces and empty holes remaining today in the place of mezuzahs. "Mezuzah from this house" is a bronze cast of the traces left behind and commemorates the Jewish lives of pre-war Poland. Each mezuzah has an engraved letter Shin and the address where the trace was found on the side. After sitting untouched for many years, these mezuzot can now fulfill their holy function again.
The story behind this mezuzah:
Prozna 14, a four-storied tenement, was built in 1899 by Mayer Wolanowski. Before World War II, it was a luxury building with apartments for rent on the higher floors, and department stores, shops and workshops on the ground floor. Prozna was part of the ghetto from December 1940 until March 1941, when the border for the ghetto moved and Prozna became part of the 'Aryan' side of Warsaw.
During the Warsaw Uprising in 1944, it was the quarters for the 9th company of the 'Kilinski' battalion. They used this building to prepare for the attack on the PAST building- the highest building in pre-war Warsaw and an important strategic point for the German army. Helena Czernek's grandfather, Zbigniew Grabowski, took part in this attack.
Prozna 14 became a property of the National Treasury and in 1987 it was entered into the register of monuments. Prozna is the only street in the area of the Warsaw Ghetto that survived the war and retained its original buildings. Because it was never renovated and has fallen into disrepair, it is impossible to enter the building today, but will hopefully be restored soon.
To see how the Mi Polin team discovers mezuzah traces throughout Poland, watch this video clip.
Kosher mezuzah scroll sold separately.
Cast bronze
4-1/4" long 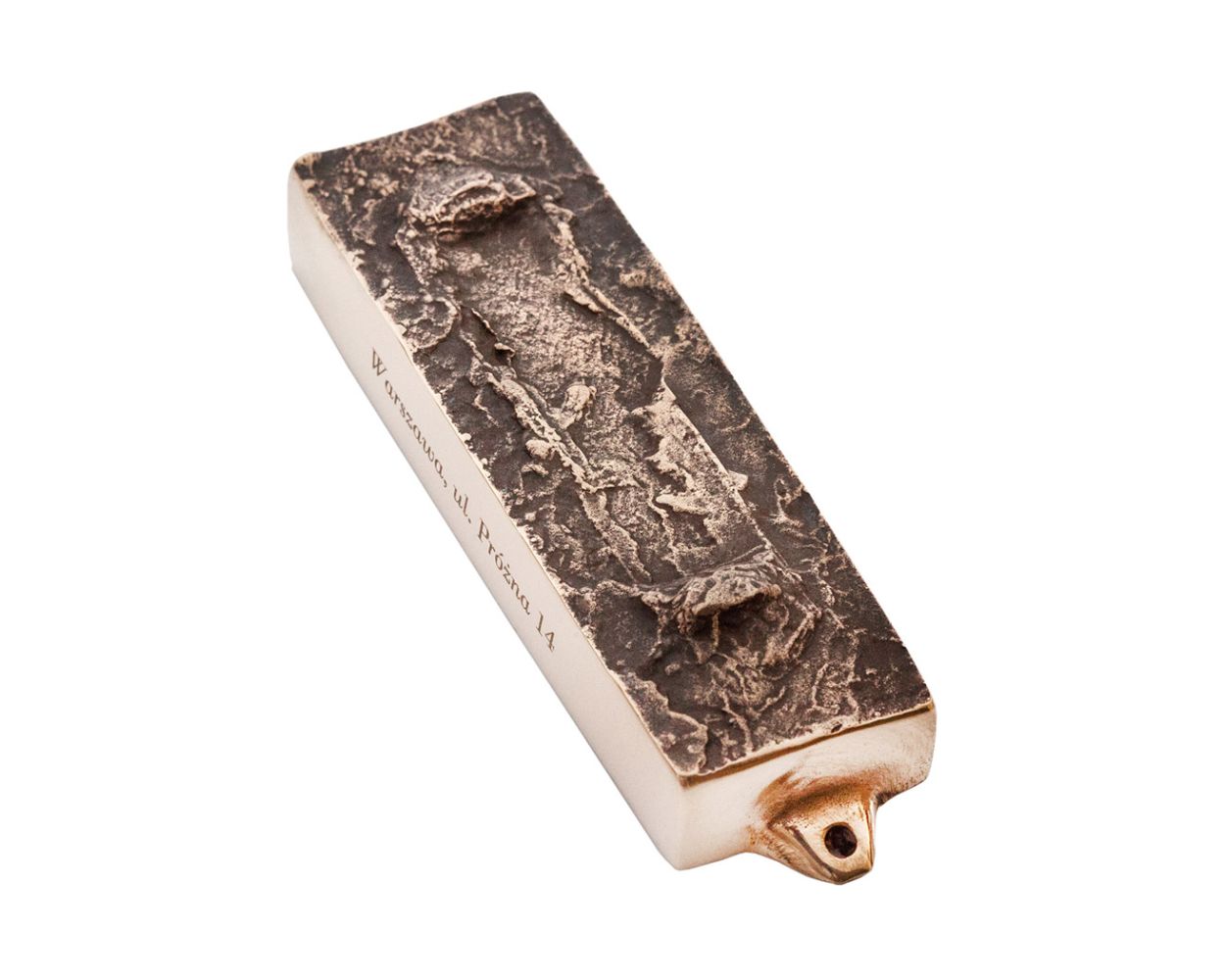