Scheisshaus Luck: Surviving the Unspeakable in Auschwitz and Dora

Item
26499
Price $24.95 Special Price $9.95 Members $8.96
Overview
by Pierre Berg with Brian Brock
In 1943, eighteen year old Pierre Berg picked the wrong time to visit a friend’s house—at the same time as the Gestapo. He was thrown into the infamous Auschwitz concentration camp. But through a mixture of savvy and chance, he man­aged to survive...and ultimately got out alive. “As far as I’m concerned,” says Berg, “it was all shithouse luck, which is to say—inelegantly—that I kept landing on the right side of the randomness of life.”
Such begins the first memoir of a French gentile Holocaust survivor published in the U.S. Originally penned shortly after the war when memories were still fresh, Scheisshaus Luck re­counts Berg’s constant struggle in the camps, escaping death countless times while enduring inhumane conditions, exhaustive labor, and near starvation. The book takes readers through Berg’s time in Auschwitz, his hair’s breadth avoid­ance of Allied bombing raids, his harrowing “death march” out of Auschwitz to Dora, a slave labor camp (only to be placed in another forced labor camp manufacturing the Nazis’ V1 & V2 rockets), and his eventual daring escape in the middle of a pitched battle between Nazi and Red Army forces.
Utterly frank and tinged with irony, irreverence, and gallows humor, Scheisshaus Luck ranks in importance among the work of fellow survivors Elie Wiesel and Primo Levi. As we quickly approach the day when there will be no living eyewitnesses to the Nazi's “Final Solution,” Berg's memoir stands as a searing reminder of how the Holocaust affected us all.
Hardcover
320 Pages 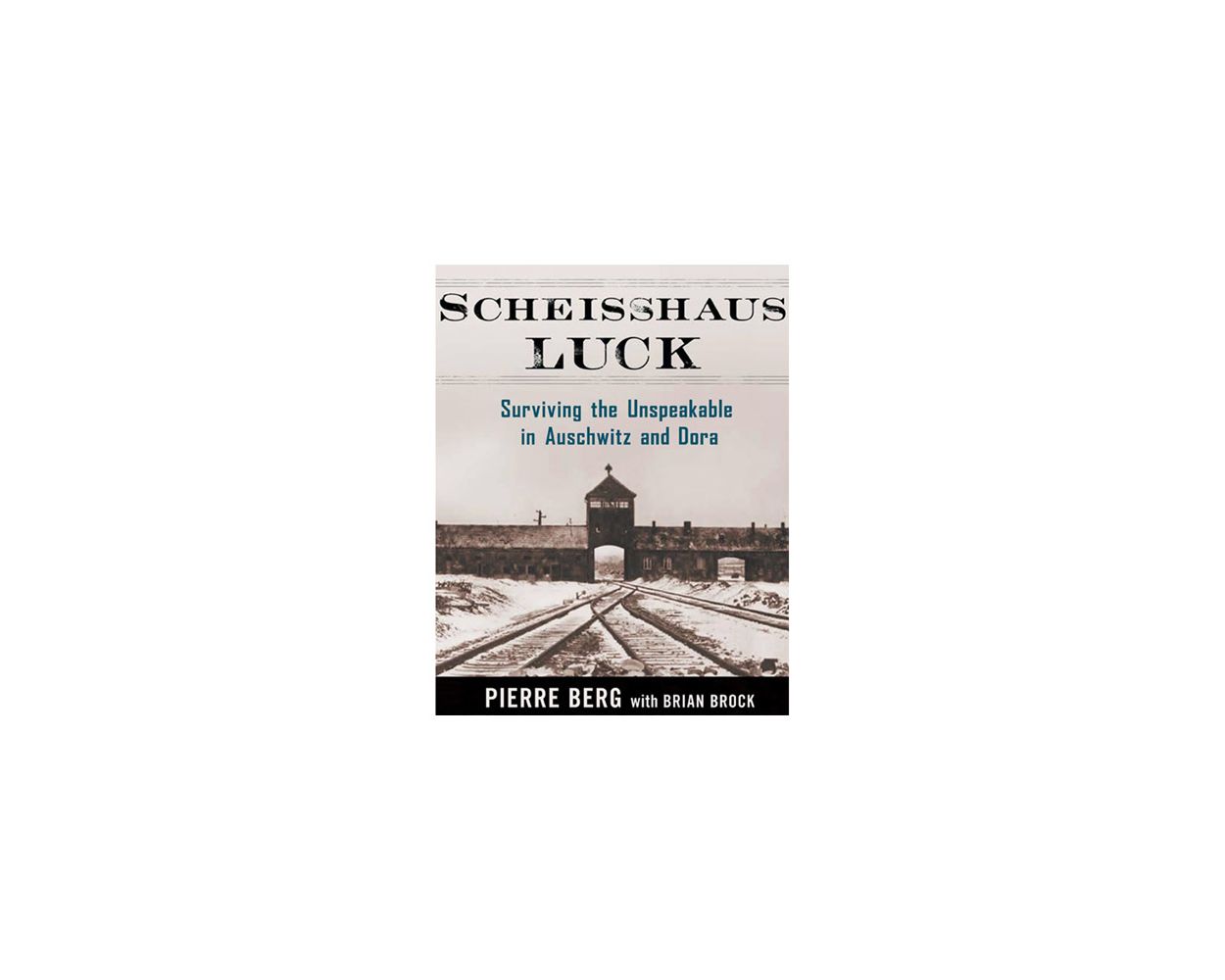