Gilded Lions and Jeweled Horses: The Synagogue to the Carousel, Jewish Carving Traditions

Item
103418
Price $75.00
Members $67.50
Overview
by Murray Zimiles
Based on more than 20 years of original research in Europe, Israel, and the United States by artist Murray Zimiles, and accompanied by an essay by distinguished Judaica scholar Vivian B.Mann, this book is the first fully developed study of the secularization of Eastern European Jewish folk art traditions in America. Until recently, little was known in the United States about the creative work of European Jewish folk artists. The destruction of the material heritage of Eastern European Jews during World War II has made it very difficult to recover artifacts of Jewish artistry. The physical remnants of that heritage―among them, the types of papercuts, gravestones, and wood carvings featured in this volume―can only suggest how extensive the traditions of Jewish folk art in Eastern Europe once were. Skilled craftsmen, responsible for the painted and carved interiors of Eastern European synagogues and their elaborately carved arks and bimahs, came to the New World in the late nineteenth century, where they soon flourished and became the creators of some of America’s greatest folk art. Folk art embraces many artistic expressions made by gifted individuals who have not had formal training in the arts. Folk artists apply a diverse range of skills to objects used in daily life. Jewish folk artist émigrés encountered in the United States a society more interested in what they could produce than in what religion they practiced. Not only did they continue to carve religious artifacts for new synagogues serving fellow immigrants; they also created wooden trade figures, carnival figures, and some of the greatest carousel animals the world has ever seen. This volume tells the story of carvers who, released from Eastern European religious strictures, responded with great playfulness to an expansive new environment. Traditional patterns reemerged, often infused with American ideas and images, not only in synagogue decorations and objects intended for ritual use but also in the secular world. Within this dynamic, a surprising link was forged between the Eastern European synagogue and the American carousel. This volume and the exhibition that it documents recapture a sense of awe and appreciation for a nearly lost tradition. They return to the Jewish people, and to world culture, a visual tradition of great beauty and decorative complexity.
Hardcover
196 Pages 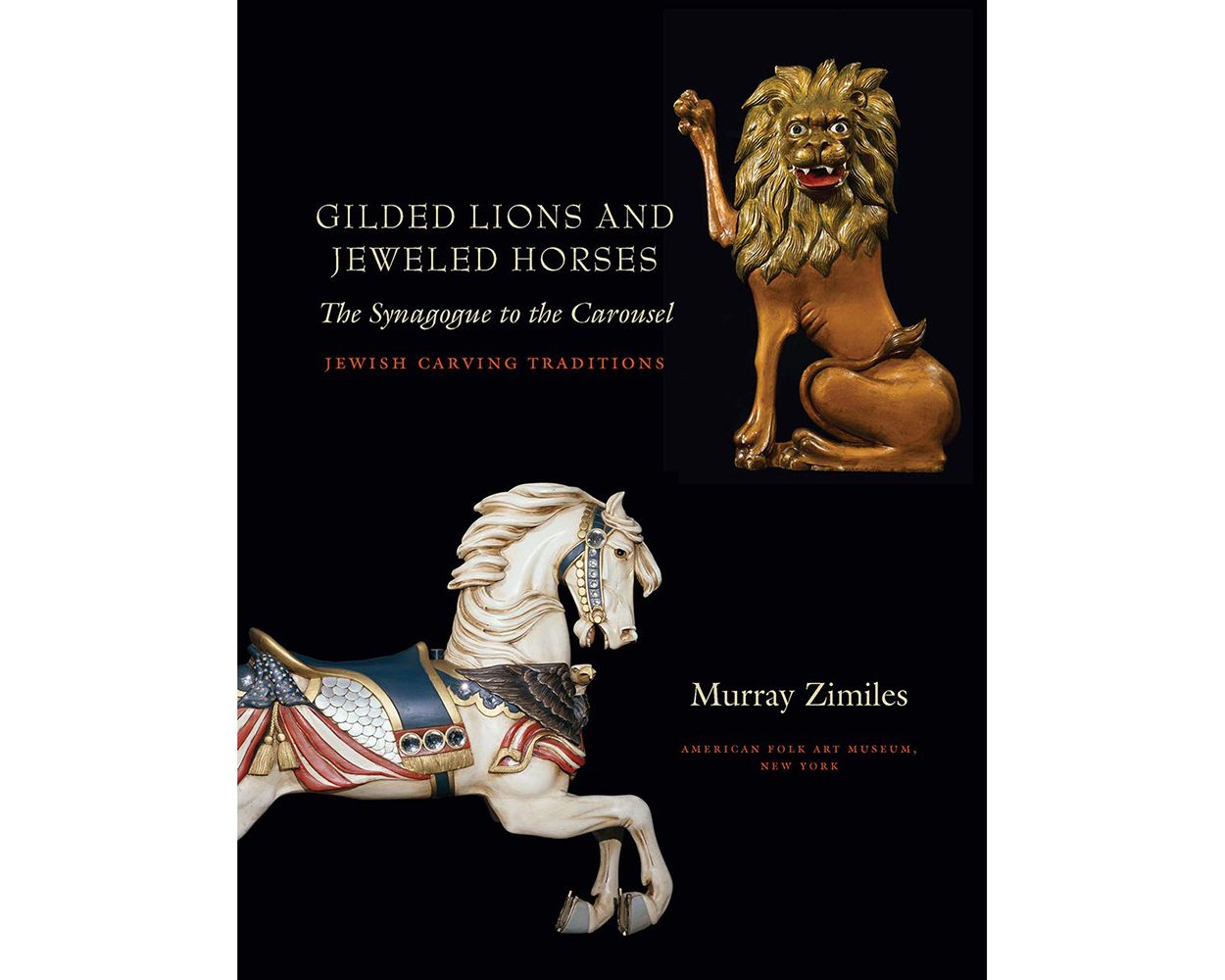