Stories
by Etgar Keret
There’s no one like Etgar Keret. His stories take place at the crossroads of the fantastical, searing, and hilarious. His characters grapple with parenthood and family, war and games, marijuana and cake, memory and love. These stories never go to the expected place, but always surprise, entertain, and move...
In “Arctic Lizard,” a young boy narrates a post-apocalyptic version of the world where a youth army wages an unending war, rewarded by collecting prizes. A father tries to shield his son from the inevitable in “Fly Already.” In “One Gram Short,” a guy just wants to get a joint to impress a girl and ends up down a rabbit hole of chaos and heartache. And in the masterpiece “Pineapple Crush,” two unlikely people connect through an evening smoke down by the beach, only to have one of them imagine a much deeper relationship.
The thread that weaves these pieces together is our inability to communicate, to see so little of the world around us and to understand each other even less. Yet somehow, in these pages, through Etgar’s deep love for humanity and our hapless existence, a bright light shines through and our universal connection to each other sparks alive.

" Etgar Keret has the uncanny ability to write stories that are both distinctly Israeli and also truly universal. He delivers a tour-de-force once again in his latest collection of short stories, Fly Already, which run the gamut from dark and funny, touching and heartbreaking, edgy and probing, to weird yet relatable. Keret invites his readers to suspend disbelief as he weaves together a reality both like and different from our own." — Jewish Book Council's National Jewish Book Award Judges 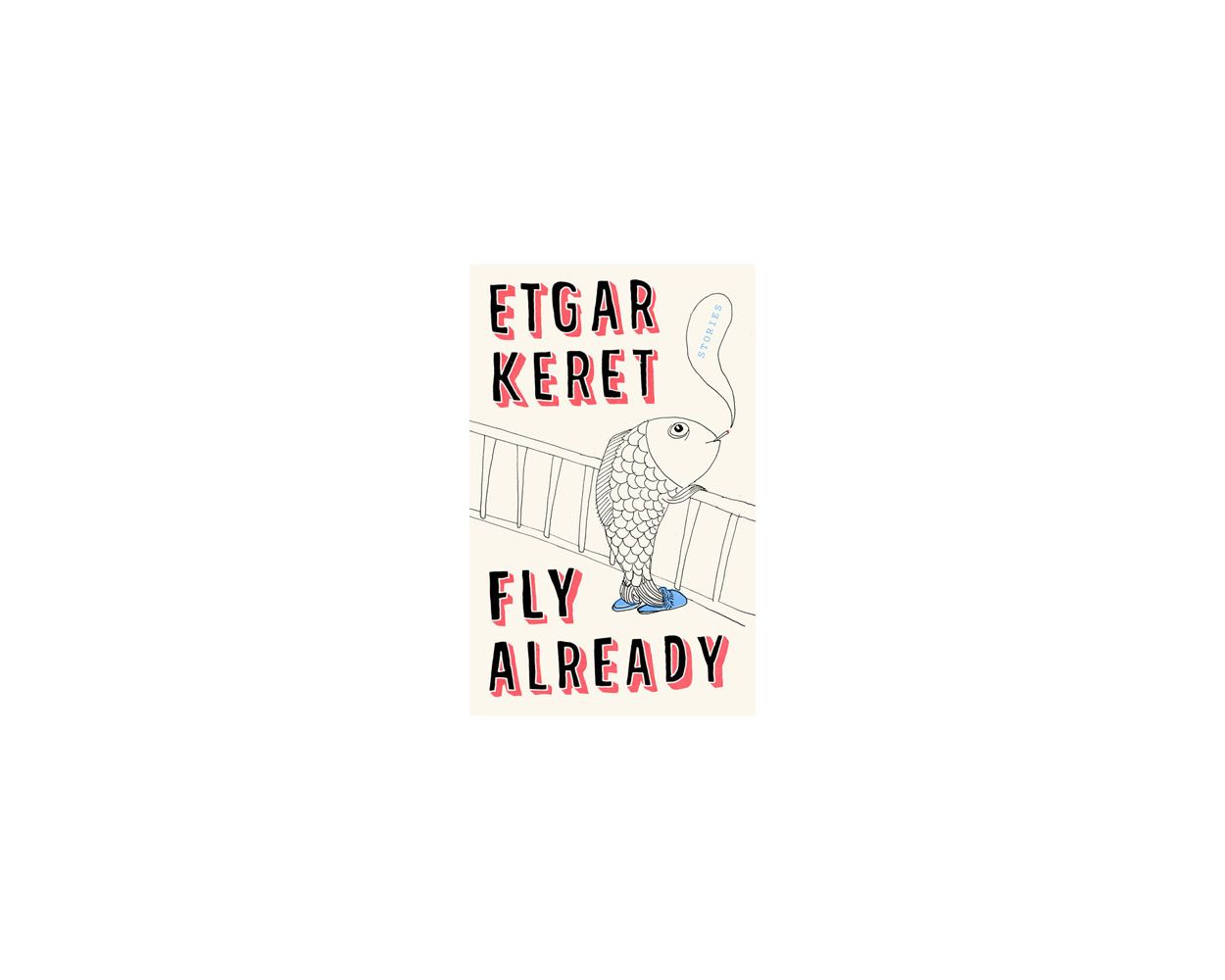