Item # : 33173
Price $34.95
Members $31.46
Overview
Director, Producer and Writer - Julie Cohen
One-hundred-year-old Hattie Russ Gold and her sister, 92-year-old Anne Russ Federman, have life stories that hit all the key notes of the Jewish immigrant experience: hard work, humor, romance and a little tsuris. Hattie and Anne are the two surviving daughters from the famed lox and herring emporium Russ & Daughters on the Lower East Side. They are also the stars of THE STURGEON QUEENS.
This documentary - timed to coincide with the store's centennial in 2014 - traces four generations of Russ family history, from patriarch Joel Russ, who immigrated to the US from Austria-Hungary with little more than the shirt on his back, to Josh Russ Tupper and Niki Russ Federman, Joel's great grandchildren, now in their 30s, who run the store today. Niki's father Mark Russ Federman, who ran the store from the 1970s until 2008, adds insights from his years researching Russ family history.
The film also features Herman Vargas, aka "The Artistic Slicer," longtime Russ & Daughters employee, now manager, who represents the new wave of immigrants behind the R & D counter.
DVD
Runtime 52 min.
Color 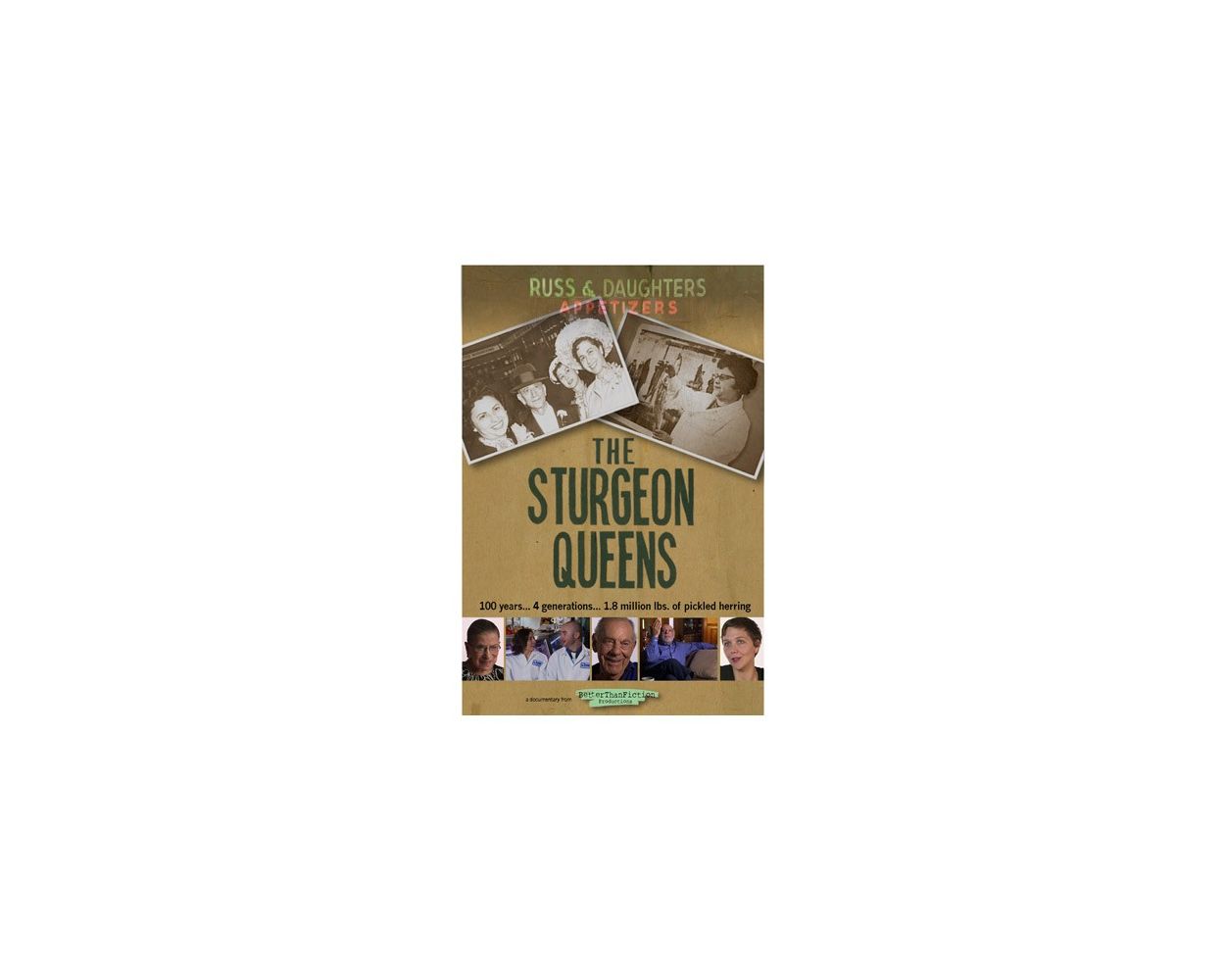 Skip to the beginning of the images gallery
Recommended for You
Recently Viewed
No recently views items
Clear All
Copyright © 2020-present Magento, Inc. All rights reserved.